It is well-known fact that the Unlawful Internet Gambling Enforcement Act banned online gambling in the USA in 2006. Since then Americans seek offshore casino havens around the world so that they can enjoy playing their favorite casino games. The situation became even worse for American gamblers after the “Black Friday” in 2011 when all online poker sites were shut down by the government. It is believed, however, that things are going to change for better in the future because of the Supreme Court decision in 2018. suspended the law from 1992. legalizing in this way sports betting in America. This presented a small step towards further legalization of gambling in the States.

The following list should include all the states that have legalized gambling either by allowing for traditional casinos or the online casinos.

Let’s start with the pioneer state when it comes to putting gambling into the legal frame. Nevada legalized gambling during the American Great Depression in an attempt to provide some kind of state revenue from gambling which turned out to be a reasonable move. Since then Las Vegas was considered to be the symbol of gambling and show business. Poker sites are a single form of online gambling accepted in Nevada. The first among them that offered services to players was the Station Casino’s Ultimate Poker in April 2013. However, WSOP.com Nevada started working in September that same year and soon became the leading online gambling site. This site powered by the 888 Holdings software relies heavily on the WSOP tournaments to advertise its services among which are the organization of online WSOP bracelet events.

Nevada was also the first one to legalize sports betting. Various sports events betting and horse racing have been legal since 1948. Passing of the PASPA in 1992.  has enabled Nevada to hold some kind of monopoly over sports betting. There is no online betting in this state since there are no independent sports betting sites while mobile sports betting is a valid option.

is another state that legalized gambling far before some others, although this decision applied only to the Atlantic City area. The reasons were the same as in Nevada. The state wanted to boost the economic growth of Atlantic City that was pretty run-down at the time.

Since then Atlantic City has been an attractive destination for people who would like to try their luck playing various casino games.

When sports betting is in question New Jersey offers eight sportsbooks as well as eight online applications which make it the most prominent state in the US.

was the first state to make sports betting legal by launching the first betting site in June 2018. Also, they were the first to devise and start implementing the online gambling law in 2012. The online gambling sites that started operating through the three state’s racing tracks could offer various table games like Blackjack, Roulette as well as slots and Video poker games.

There is a law passed in 2017. that allows online gambling in these states. However, 13 casinos have applied for obtaining an online gambling license that would allow them to offer various table games, slots, and poker. The situation with the sports betting is also at a certain standstill since there are five casinos that have applied and waiting for the permit.

While the situation with betting on sports events can be described as somewhat complicated in Pennsylvania, Mississippi is the fourth in a row of states that made this form of gambling legal. Most of the casinos have included sports betting in their offer making this southern state the third most successful on the United States gambling market.

was the first to follow as the fifth state that made sports gambling legal with two land-based casinos that offer this to their members, and the other three that have obtained required permits and are ready to go.

The online version of sports betting is still on the standby and it isn’t expected to start operating in 2018.

made sports events legit to bet on at the same time as most of the other states did, in June 2018. and this gambling option is available to gamblers in both state’s casinos. 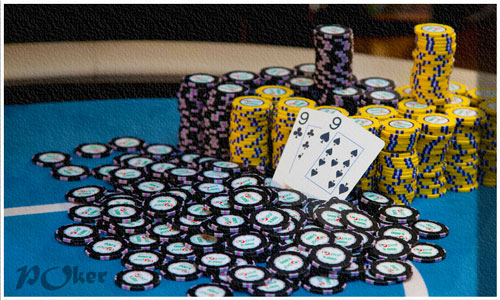 This is shortly put the current situation in the United States when legal gambling is in question. This list wouldn’t be complete without mentioning two typically American inventions that helped them gamble legally despite the law. These are the riverboat casinos common in the states that follow the flow of the Mississippi River. This was a kind of compromise between the casino owners and the state authorities in the way that gambling is allowed only on boats that are always on the surface of the water or in some cases only while they are sailing. However, most of these casinos ignore this rule and stayed anchored on the dock.

Another important part of the American Gambling scene are the Native Americans casinos that escape the existing gambling laws in America because they enjoy the reservation sovereignty and don’t fall under the United States jurisdiction. However, this changed in 1988. when the IGRA was passed allowing the Indians to keep their sovereignty while they are willing to make Tribal-State compacts that will lead to reaching certain compromises regarding overlapping jurisdiction. The profit of these gambling houses increased considerably after signing of the IGRA.

While there were some recent steps made that may have aroused some hope and expectation regarding the legalization of gambling in the USA, it still looks like there as so much to be done before  America becomes completely free gambling territory.