There’s a certain sense of romanticism surrounding Texas Hold’em. It’s one of the most popular poker variants in the world, often associated with badass Western movie characters or daring gamblers that risk enormous amounts of cash. It’s merely cool to play it.

But there’s much more to it than just being cool. Professional players of poker games actually implement a series of tactical and mathematical calculations to ensure a win. They don’t put all that money on the line expecting nothing but divine forces to favor their bravery, after all. Many amateurs and aspiring professional players don’t realize there are tactics that statistically make them much more likely to rake in the chips.

So what are the best strategies for Texas Hold’em? It’s true that Texas is mostly a game of chance, and therefore, never truly predictable. Nevertheless, implementing some wise advice goes a long way to winning more games overall. If you’re looking for important tips on how to win at Texas Hold’em, you needn’t look further than this article.

Most newcomers to Texas Hold’em fail to think about the importance of each position on the table. Since the turns take place in a clockwise fashion, starting from the dealer’s left-hand side, there’s a kind of power dynamic going on at the table.

It’s well-known that the dealer has the most powerful position in the game. That is because they get to act last in each betting round. As a consequence, their decisions are the most well-informed, seeing that everyone else has already made their move. They are far from invincible, however. The one who plays right before the dealer has the power to force their hand, so to speak. For example, they can raise by so much that the dealer feels the need to fold.

Conversely, the person that bets first is generally in the tightest of binds. Since they start the wagering portion of the game, they effectively play blind (even more so than normal). You can imagine how much of a disadvantage that presents. The key takeaway is that not all are equal on the table, and one person is always the closest to winning the pot.

People usually believe that poker mostly revolves around luck and reading other people’s actions or reactions. While both certainly have a part in the game, in truth, playing poker demands a much more mathematical approach. More precisely, you will mostly rely on probability. You have to calculate the chances of someone carrying a better hand than you in addition to determining what cards your adversaries most likely hold.

A lot of Texas Hold’em can indeed be subjected to theoretical speculation. David Sklansky’s “The Theory of Poker” explains a comprehensive statement about the game’s nature. The gist of it is that any decision with the highest estimated value (EV) will most probably yield positive results. If you’ve ever heard that EV abbreviation in conversations about poker in general, that’s what it means: any action that should — in theory, at least — pay dividends.

As an extension of this strategy, try reading up on the more complicated and specialized concepts, like pot odds. Unless, of course, you’ve yet to understand the fundamentals, in which case, learn those first. Consider the likes of Dan Harrington, Mike Caro, and Gus Hanse. Their books predominantly deal with poker plays in general, but the wisdom is priceless nonetheless.

Pay Attention to Other Players

Too often, it happens that inexperienced players ignore the people around them. It’s understandable to get caught up in what your next course of action ought to be. Nevertheless, cutting yourself off from the table only serves to deny you crucial information. This isn’t solitaire, after all, so what the opponent does is just as vital as what you do.

So what does that all mean? For one, you should have an idea of what cards they might be holding. Secondly, you would be wise to have an estimate of how many chips they currently have. Further than that, you should keep an observant eye on how they play. How often do they fold? How good or frequent are their buffs? Do they play tight (not play many hands)? Or aggressively?

Once you gain a competent insight into a player, you can begin to think of winning poker strategies to counter their style.

Don’t Be Afraid to Fold

Folding may seem like a coward’s move. That’s the reputation it seems to enjoy with new players, at least. Believing that, however, will leave you dry for chips faster than anything else. That is because folding is just as tactical a move as raising or calling. Some seemingly winning hands simply aren’t meant to be, no matter how attached you’ve grown to them. While the community cards seemingly work in your favor, they could actually be favoring someone else even more. That turns your killer starting hand into a not-all-that-good hand.

In fact, folding about thirty percent of the time would do you well. This idea also applies to folding late in the game, mostly after the flop. Novel players often refuse to back away because they’ve already placed money on the line. But being stubborn will lead you nowhere but off the table eventually.

On a relevant note, this doesn’t mean that you should fold too often. Doing so could bring you to just as bad a fate. Your opponents will sense that you’re skittish and will continually pressure you into folding again. It also means that you’ll likely only play until showdown if you possess an excellent hand. As a result, your bluffs will hold little to no water.

Learn When to Bluff 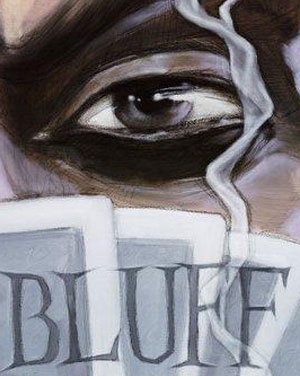 Bluffing definitely remains one of the most idolized aspects of poker cash games. But it’s just as misunderstood. For one, you should know that a real bluff actually happens only after the river. Everything before that is technically a semi-bluff, seeing that the turn and river could actually grant you strong hands, so you wouldn’t have to bluff anymore.

Nitpickery aside, few situations really call for a bluff because it will seldom do you good. Even professionals steer clear of it (at least the big bluffs, anyway). Rather, good gamblers mostly bluff on small bets, minimizing the risk (a move they call “small ball”). A true “stone-cold” or “naked” bluff may only be a viable option in the direst of times. That requires your knowledge of basically everything on the table, especially the players you’re pitted against.

The best advice here would be to save bluffing for low-risk-low-reward scenarios. And even then, you should only occasionally rely on bluffs. Otherwise, you risk draining your bankroll either by trickling it away on small repeated blunders or going off with a bang. For now, leave those hot-shot plays for the movie heroes.

Even considering all of this advice, the best way to improve is by practice. Of course, that doesn’t entail you sitting down at a table with poker tournament pros and wasting your money. All the same, you need to play repeatedly to gain an intuitive, automatic knowledge of every scenario. The world-class poker players certainly didn’t just land at the top of the competition. No, they worked their metaphorical fingers to the bone, continually optimizing their playstyle.

If you wish to even remotely match that kind of skill, you need to put in the work. There are tools to help you along; that’s for sure. For example, use odds calculators to tell you how good a chance your cards have in any given hand. In time, you’ll be able to determine these odds on your own. Ultimately, everything you read here needs to be put into practice for you to get a sense of what works for you and what doesn’t. Only that way will you progress on the road to mastering Texas Hold’em.