Texas Hold’em and Omaha Hold’em are great community card poker games. One is entertaining but may frustrate you if you are dealt bad cards pre-flop. The other one is dynamic, but you can happen to lose track.

Irish Poker, however, combines certain elements from both games and represents a unique fusion of the two.

The game commences with the dealer distributing four hole cards to every player, just like in Omaha Hold’em. However, once the flop is on the table, players have to give up two of their cards. As you may assume, the rest of the game has the same course as Texas Hold’em.

Irish Poker: the Course of the Game

Prior to having the flop on the table, players start placing their blind bets. The betting round commences from the player sitting to the left of the button (the small blind). Afterward, the one to their left (the big blind) wagers an amount twice as big as theirs. 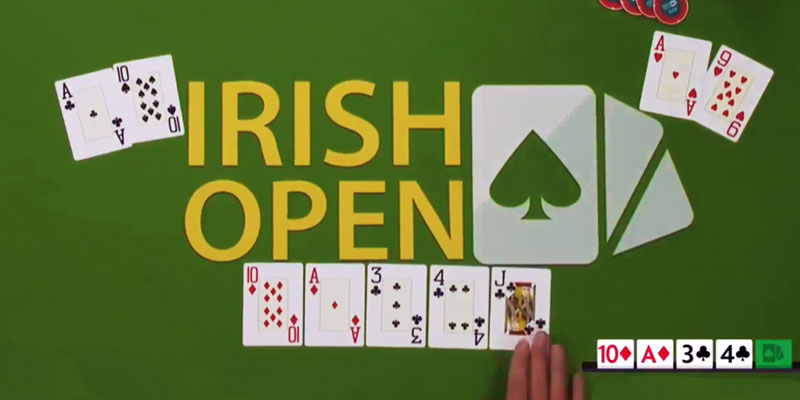 Once the round of betting is over, the dealing round takes place. It goes counterclockwise, starting from the player to the big blind’s left. The button (a player designated as the dealer) delivers four hole cards to each player. The big blind can opt for checking on the condition that nobody has raised yet.

There are three community cards facing up in the center of the table, representing the flop.

The second round of betting begins from the player to the left of the dealer. When it finishes, the players must dispose of two of their cards. From that point on, the game is played like Texas Hold’em, with the dealer adding the river and the turn to the flop.

What to Aim For?

Prior to engaging in playing an Irish Poker game, set your mind to searching for starting hands as if you were about to play a game of Omaha Hold’em. You ought to be on the lookout for the following combinations of cards:

In case no valuable cards are dealt to you, and thus, you are unable to form a strong hand, search for other ones. Irish Poker is a community card game. Therefore, receiving bad cards does not have to prevent you from having a good hand.

Nevertheless, everything you have just read means nothing if the Irish Poker you are about to play is a drinking game. In that case, disregard all the previously described rules and learn the following ones. The Irish Poker drinking game resembles Ride the Bus, which is a popular and widely played game of the kind. However, Irish Poker has established its own rules.

In order to play this game, you will require a standard deck of cards, three to six players, and an alcoholic beverage. 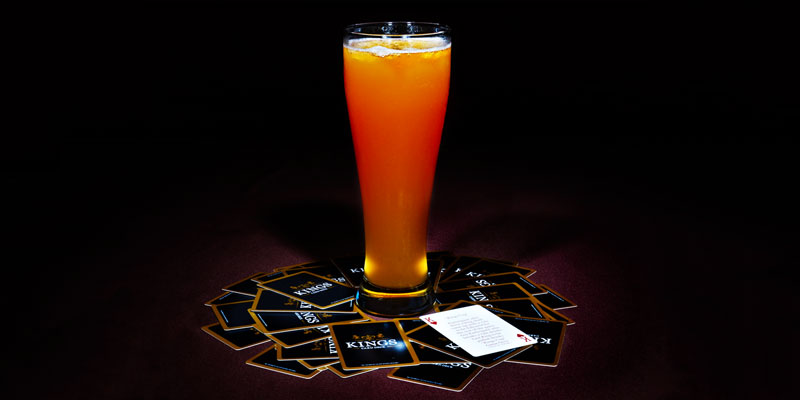 There are eight cards arranged in two rows in the center of the table (referred to as “the bus”) in addition to four cards per player. All the cards are dealt face down.

Each player then guesses the features of the cards, starting from the one to the dealer’s left. They guess the color, the ranking of the card, and the suit of the card. Depending on whether they are right or wrong, they give or take two, four, six, or eight drinks. The number of drinks increases in each round. If they guess correctly, they pass the drinks to whomever they choose, but if they guess wrong, they have to take them.

Once you reach the final round, you will have the “give” and the “take” row on the table respectively. The cards are then revealed starting from the first one in the “give” row. If it matches one of your own, you pass two drinks. In case you have a match for the second one as well, you give out four drinks. The pattern is the same as the one in the previous rounds.

However, when it comes to the cards from the bottom row to be revealed, you take the drinks if a certain card matches one of yours.

Since Irish Poker is a fusion of Texas Hold’em and Omaha Hold’em, you can play the game with no limit, fixed limit, or pot limit, depending on your preferences. The concept is rather simple to grasp on since it combines the two popular poker variants in a way that is not confusing. If you wish to play this entertaining variant of the game, you will need a little time to get used to its rules, provided that you are already familiar with the games this one originated from. Nevertheless, if you choose the especially entertaining variant instead, I advise you to set the betting limit, so as to avoid getting wasted.