The first gaming machine ever made was a poker machine which found its place in bars across the United States in the late 19th century. It had five drums and 50 cards, and the rewards were usually cigarettes and/or booze. The first ever slot machine would come about just a few years later (1891). It operated with five symbols and three reels (only one row), and it had automated payout.

Since then, it has moved on to become the most popular casino game, with slot machines taking up more than two-thirds of most casino gaming floors. In addition, when the Internet arrived and blessed us all with its convenience thitherto inconceivable, it also changed the entire gambling world.

Online casino sites started popping up in numbers, as game developers began focusing on online gaming software. As is the case with land-based casinos, online casinos’ game libraries consist mainly of slot machines. When you search through an online casino, you’ll find anywhere from 100 up to 2000 top online slots for real money, often from different providers.

So how hard is it to create a slot game? Say if you want to make a custom slot with your personal photos for symbols. When you’re creating a game of your own, you need to think about every single detail. There are a lot of little things we take for granted and don’t notice when we are on the consumer end of the game. But to make a game which works properly, you need first to figure out how you want to make it (and all little parts of it) work and look like.

So before you can delve into the coding that goes into the game, you first have to know hot slots actually work.

Random Number Generator (RNG, for short) is the heart and the brains of an online slot machine (it’s also in use for other online gambling software, such as roulette and video poker games). Your whole game depends on how well you develop the RNG.

The RNG is a computer mechanism which makes sure that every single outcome of a slot round is genuinely random and that it always throws out an end result which is independent of any outside factors. You see, the RNG is a standalone system which doesn’t communicate with other sections of the game. It isn’t interested in how much money you’ve placed on a bet (you could be putting in the maximum bet, or you could be playing for free, the principle of the RNG doesn’t change). It also doesn’t care whether you’ve been on a roll and won all previous attempts or not.

The way the RNG works is that it’s continuously cycling through numbers, not only when there’s someone playing the game. They’ve made it in such a way to make it impossible for players to spot any kind of pattern. So when a player presses the spin button, it’s a signal for the RNG to stop at a certain number. In essence, although the visual presentation would make you believe that you start the game by pressing the button, that’s actually when the game finishes. When you’re looking at the reels spinning, that’s just an animation to make the game interesting and suspenseful.

As we’ve already said, the RNG is the backbone of a slot game, and its stability and reliability is key to a good slot machine. When you’re implementing the RNG, you need to make sure it’s safe and that no client can corrupt it. You can find source codes online (and there are even websites which simulate how you can create a game), but these are usually simple and not as reliable as the software prominent casinos use. As you’d expect, they keep their RNG a secret, and you can’t just download it off the Internet and add it to your game.

Payline is a pattern in which basic symbols need to correlate in order to get a winning combination. For example, a horizontal line through the uppermost row connects five symbols (in case of a five-reel game), and that’s your first payline. Additionally, you can choose how many paylines your game will have, and that number can vary from five to hundreds of them. Also, there are even some games which offer, for instance, 256 paylines.

Moreover, when you let the players choose multiple paylines, you need to increase the minimum bet limit and force them to take greater risks. More paylines equates to better chances of winning, and that’s not something casinos are in love with. Also, a game which offers hundreds of paylines usually has a higher number of basic symbols, which affects the chances of winning.

Return to Player (RTP) is the payout percentage of a slot. It’s basically the opposite of the house edge, which represents how much the casino cashes in. For instance, if your game has an RTP of 95%, its house advantage is 5%.

However, don’t confuse RTP with odds of winning. An RTP of 97% doesn’t mean you’ll give your players a 97% chance to win. It also doesn’t mean you’ll have to pay out in 97 out of 100 rounds. The thing is, RTP is measured over millions and billions of rounds; it basically signifies how often the game will come up with a win during its entire lifetime. While you want this number to be high (no player will ever be attracted to a low-RTP game), you don’t have to worry about making it too generous if you have a high RTP (just don’t overdo it, of course).

To determine your Return to Player, you need to figure out how many winning combinations your game has. For example, if there are a hundred numbers in the RNG’s repertoire (there are millions of them, but let’s say a hundred for the sake of argument), you have to figure out how many of those will give a winning round. The higher the number of winning combinations, the higher the RTP.

There’s a set of possibilities which symbol each reel might come up with called a reel stop. And depending on the number of symbols, the number of stops differs. Usually, video slots have between 64 and 256 stops. Logically, the fewer the stops, the better the odds of winning.

When you press the spin button, the RNG stops on a number which is comprised of three or five sections (depending on how many reels the game has). Each section determines a reel stop, which, in turn, determines whether the symbols will align according to a certain payline. If this sounds tricky and complex, that’s because it is. It’s not a coincidence that casino software companies hire a whole team of people to create a game.

Once you determine how many stops you want to have and how many of those will be winning combinations, implementing it into the RNG will result in your RTP percentage. Online slots have an RTP from 92%–97%, so make sure you end up in this range if you want to be competitive.

Volatility is another thing you need to figure out. High volatility represents a game which doesn’t turn out winning combinations as often, but when it does, it tends to be a big win. With this in mind, if you want to create a highly volatile game, you need to lower the amount of winning reel stops, but those that remain should make combinations with the symbols of higher value.

On the other hand, low volatility means that the game will let players win more regularly, but they won’t have a great payout. Average volatility is, as the word suggests, in the middle of the two. So when you’re determining your game’s volatility, you should have in mind who’s your target audience. Newcomers to the game usually want to play on low volatility, as they’re less patient. Experienced players, though, know how to manage their bankroll and are willing to sit out the losses in the hopes of a better payout. 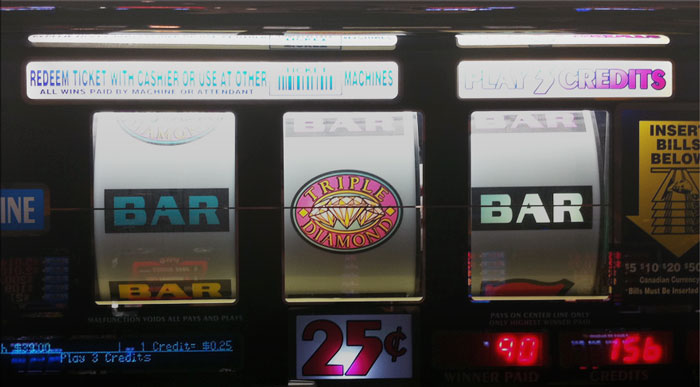 Now, you can’t really let your imagination wander off with the base game. You can choose the graphics of the game, which symbols will be involved, how many reels there’ll be, but that’s pretty much it. Slots are a simple game to play, and they all have the same principle — you spin and you win, or you lose.

Nowadays (and more so as time goes by), there are thousands of slot machine games. At the start, bonus features were not a focus of developers. However, with great competition, they’ve figured out bonus games are what makes slots stand out from the crowd (and it’s one hell of a crowd). Two things to consider adding to your game are wilds and scatters. Wilds are special symbols which can replace any other symbol to form a winning pattern. You can make them be fixed to a certain spot or expand over the whole reel. Additionally, you can choose in which reels the wild will show up. For instance, there are five-reelers which have wilds only on the three inside reels.

When it comes to scatter symbols, they function differently to other symbols, as they don’t need to align in a certain order. They just need to show up in numbers, in no particular order (literally scattered across the board). When enough of them show up — usually at least three — they activate bonus features, such as free spins. For example, you can put in your game that, depending on whether three, four, or five scatters turn up, the player will receive 10, 20, or 30 free spins respectively. As you’re the creator of the game, make sure there’s no possibility of six scatter symbols showing up at the same time.

Create Your Own Game

With classic casino games (table games like roulette, poker, craps, etc.), most online players are looking for exact replicas of the offline experience. They want everything to feel the same — the table layout, the chips, the flow of the game, etc. With slots, you have more room to express your creativity and not follow a strict design.

Overtly, slots are a simple game of chance. But when you look behind the scenes, the mechanism which makes it work is complex. That’s why entire teams of highly skilled people (designers, front and backend developers, mathematicians, and so on) work on creating a game which will one day be a part of an online casino’s library.

So if you decide you’re up to the task, make sure you create a working and safe RNG and revise all the details a couple of times. Chances are, you’ve forgotten something you took for granted, like writing out paytables. Anyway, good luck. Who knows, maybe this is the day that pushes you into founding your own software company!